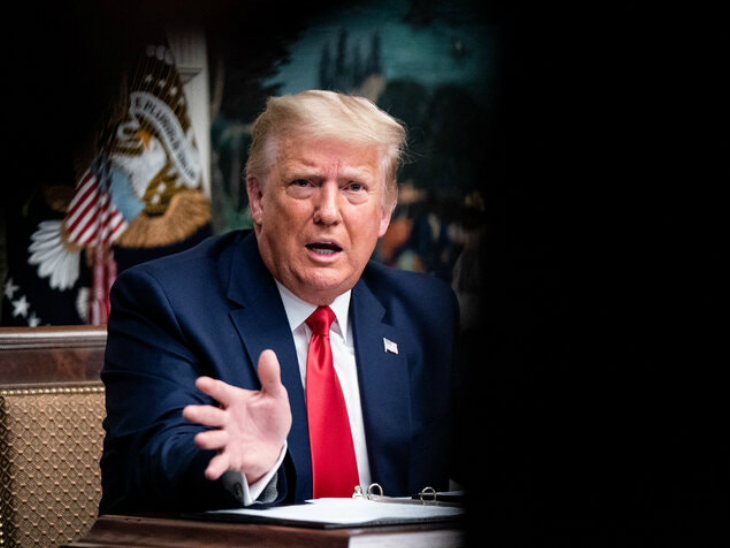 The US Congress passed a $ 740 billion defense bill, which was stopped by Trump

Donald Trump’s term as US President ends on January 20. Earlier one of his steps embarrassed him. In fact, the US Congress has approved a $ 740.5 billion defense bill that Trump had banned, that is, a veto. Joe Biden would have breathed a sigh of relief from the passage of this bill. The reason for this is that he is going to assume the presidency on January 20 and he will have to pass a one-year defense budget from the Congress.

Majority of Trump’s party did not work
Trump’s Republican Party currently holds a majority in the House of Representatives. Trump imposed the veto on the basis of this mathematics. However, the vote was 322 in favor and only 87 in favor. This meant that only a few MPs from Trump’s party were not with him. However, the President himself was aware that it was not easy for him to stop this bill. Therefore, he told Congress that the bill should be 2 thousand billion dollars instead of 740 billion dollars. However, this trick failed.

Mathematics changed in eight days
Trump vetoed the bill on December 23. Voting took place on 31 December and the results were also revealed in the late evening. The special thing is that Congress had passed it much earlier but, despite this, Trump was adamant. Republican leader and senator Mitch MacDonnell said – It is a great relief for us. We have to take care of our security forces and their families. Special session of Congress was called to pass the bill.

Trumpet
After the bill was passed, Trump wrote on social media – it’s a gift for Russia and China. They want us to be stranded in Afghanistan and South Korea.
There is one more thing to be noted in this case. Trump vetoed bills a total of 8 times during his tenure. He was also successful every time. However, his veto on this defense bill could not work.