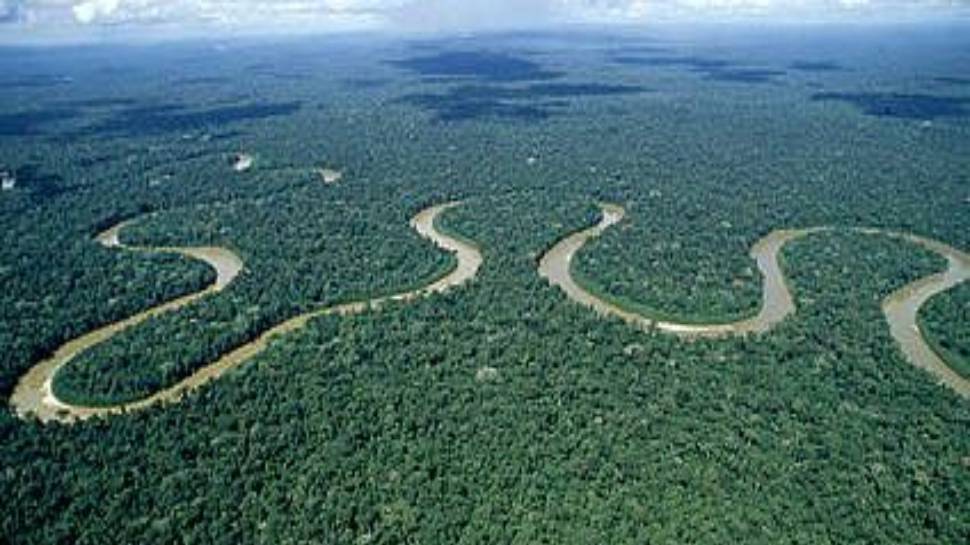 New Delhi: The Amazon rainforest is the largest forest in the world. 20% of the world’s oxygen comes from here. It is also called ‘Lung Of Earth’. This forest is spread over 2.1 million sq. M. It is said about this forest stretching from South America to Brazil that if it had been any country, it would have been the 9th largest country in the world.
Regarding this forest, scientists have said that after a time it will become completely dry ground. The greenery here will turn into a field.

According to the predictions of scientist Robert Walker in a new paper published in the Peer-Review Journal, the world’s largest tropical rainforest (Amazon Rainforest) due to climate change due to deforestation and dangerous levels of drought in the region Will disappear by 2064.
According to the new report, Walker reviewed recent research on the Amazon Rainforest to conclude. Walker wrote in the report, “A forest needs more than 4 years to recover from drought.”

Humans destroyed 1,202 sq km (464 sq mi) of forest in Brazil during the first four months of 2020. The Amazon forest is called the most dangerous forest in the world on one side and the most beautiful rainforest on the other side.
On the one hand, it is known for dangerous animals and on the other hand for the clean water, it provides. It is believed that there is a store of Biodiversity. The scientist is very worried about its loss.

Scientists Carlos Knobar and Thomas E. Lovjoy say in their research that the way the Amazon forests are being cut can change it from the largest forest in the world to the largest Grass Forest. This can also change the ecology of the region.
According to a report, the Amazon Rainforest can produce half of the rain it receives. This cycle is a delicate balance, which can have serious consequences when broken.