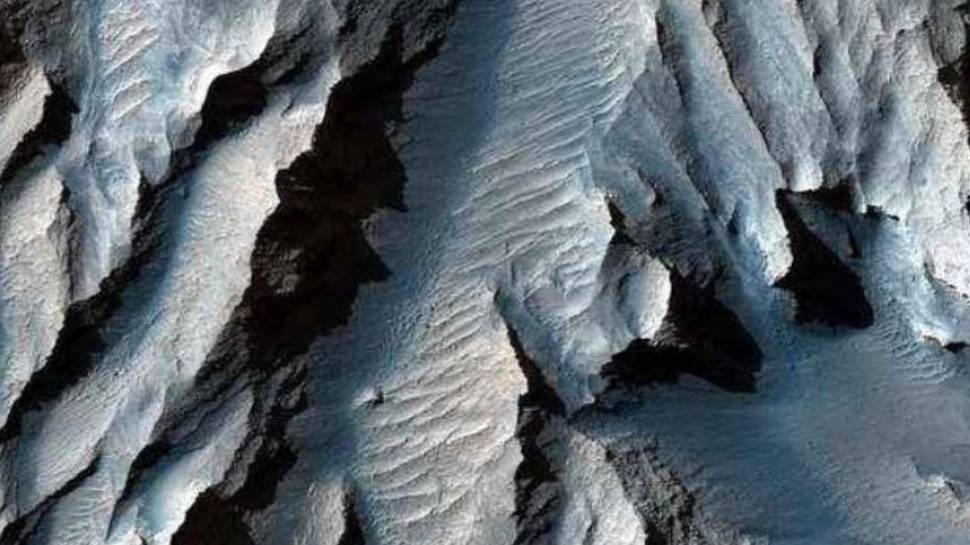 It is also amazing to imagine the sight of the largest canyon of the entire solar system. In fact, the US Space Agency NASA has shared pictures of Valles Marineris of Mars, in which its vastness is clearly visible.

Deep moat and mountains are on Mars Planet

These mountains, which are more than 2500 miles long, are present on a quarter of the circumference of Mars and they are 10 times longer than the Canyon of the earth. This photo of Canyon has been taken by NASA’s Hi RISE (High Resolution Imaging Science Experiment) mission. This project has the most powerful camera sent on the planet.
This camera is mounted on Mars Reconnaissance Orbiter circling Mars since the year 2006. Astronomers are trying to find out how this canyon was formed. Keeping this in mind, Mars was monitored and Hi RISE took this picture.

Also read– Triple Conjunction: Amazing view of the trio of Mercury, Jupiter and Saturn in the sky

How did the giant moat on Mars Planet

For your information, let me tell you, this wonder of Mars is not alone compared to the canyon on earth. The volcano Olympus Mons on Mars is also considered the largest in the solar system. At the same time, the European Space Agency (ESA) believes that the two may be related.

According to the theory, during the initial billions of years during the formation of Mars, magma took a bulging and bulging shape beneath the outermost surface of Mars. Valles Marineris must have been prepared because of this magma coming out. Many research will be done on Mars this year. NASA’s Perseverance Rover will land on Mars next week.
At the same time, Tianwen Mission of China and Mission Hope of United Arab Emirates (UAE) are also preparing to land on Mars.

1 thought on “Apart from the earth, there are beautiful valleys and mountains on Mars, NASA shares photo”