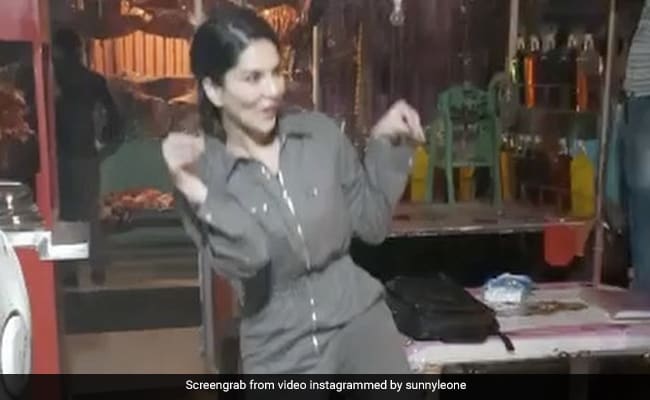 New Delhi:
Sunny Leone is working vigorously on her web series ‘Anamika’ these days. The shooting of this web series is going on. Vikram Bhatt is directing this series. This series of Sunny Leone is an action series. Now recently, a video of Sunny Leone from the set is becoming increasingly viral on the Internet. In this video, the actress is seen killing her co-actor in a strange way. It can be seen in the video that the actress has made her hands like a snake, due to Sunny Leone beat a co-actor .

Let me tell you that ‘Anamika’ is a 10 episode action series and its shooting is done in Mumbai. This Sunny Leone web series will be released on MX Player. Apart from this, Sunny Leone will soon be seen in the movie ‘The Battle of Bhima Koregaon’. Arjun Rampal, Digangana Suryavanshi and Krishna Abhishek will also be seen with him in this film. Apart from this film, Sunny Leone will soon be seen in the upcoming horror comedy films ‘Coca Cola’, ‘Rangeela’ and ‘Veeramadevi’. Let me tell you that Sunny Leone’s popularity kept increasing after coming to Bigg Boss. Apart from this, he also made a lot of fire with his Laila Song in the film ‘Raees’.