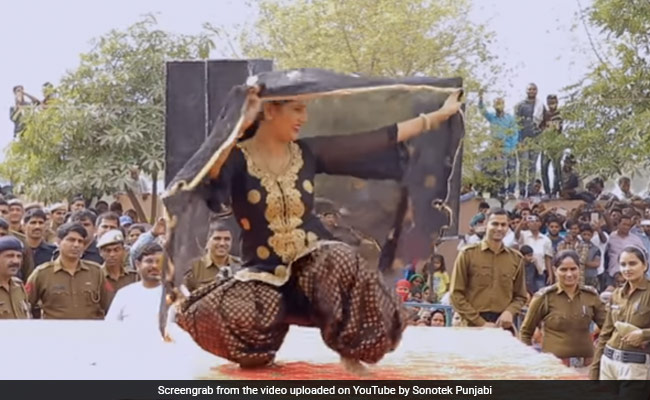 New Delhi:
Sapna Choudhary, popularly known as Desi Queen, creates a lot of social media through her dance videos. Apart from dance performance, Sapna also attracts the attention of fans through her new video song. A dance video of Sapna Choudhary again is becoming very viral. Sapna Chaudhary, who has starred in Bhojpuri, Punjabi and Haryanvi films, is dancing to the Haryanvi song in this video, ‘Ghunghat Ki Oat’.

You can see her dance in this video. The popularity of the video can be gauged from the fact that it has been viewed more than 88 million times so far. The video has been posted on the Sonotech Punjabi YouTube channel. He has left no stone unturned to win the hearts of people with his dance. With her dance, Sapna Chaudhary has gained tremendous recognition not only in Haryana but all over North India. Sapna Chaudhary gets offers from every corner of the country for dance performance.

Talking about the career graph of Sapna Choudhary, she started with the Orchestra Party of Haryana. Gradually She started taking Ragini’s programs in Haryana and nearby states and her popularity continued to grow. Then Sapna Chaudhary also became a part of ‘Bigg Boss 11’ and her popularity has taken a turn. She recently released the poster of her new song. His song name is ‘Lori’, which will be released on January 20.