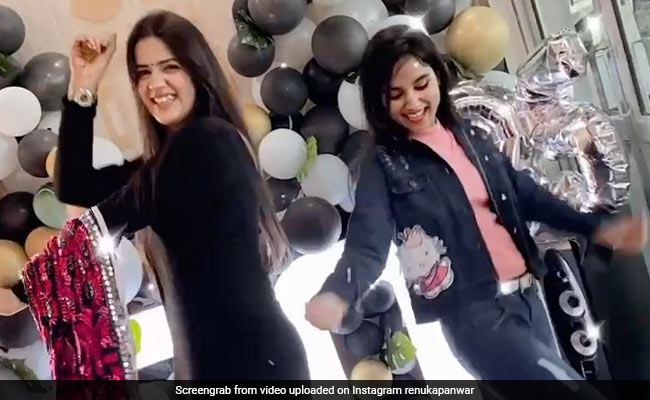 Haryanvi singer Renuka Panwar has made a splash on YouTube these days. Due to Renuka Panwar’s Haryanvi Songs (Haryanvi Songs), her fan following is increasing tremendously. Shortly before, Renuka released Haryanvi Song ’52 Gaj Ka Daman’, and this song has got tremendous love from the fans. Not only this, YouTube has been viewed more than 37 crore times. But meanwhile, her fans are liking a dance video of Renuka Panwar (Instagram) in which she is seen dancing on her own song. Renuka posted this video on her Instagram some time ago and did this to promote her song ’52 Gaja Ka Daman’.

‘Haryanvi Song 2020’ by Renuka Panwar this song was first released on October 2020. Aman Jaji and Pranjal Dahiya are seen in it. The lyrics of this song have been written by Mukesh Jaji and its music composer is Aman Jaji.

Let us know that two Haryanvi songs of Renuka Panwar have been released since this song. It features his song ‘Chatak Matak’ with Sapna Choudhary while the song ‘Haryanvi Beat’ has been released recently. In this way Renuka Panwar is giving one super hit song after another. In the future too, she is going to bring many explosions for the fans.