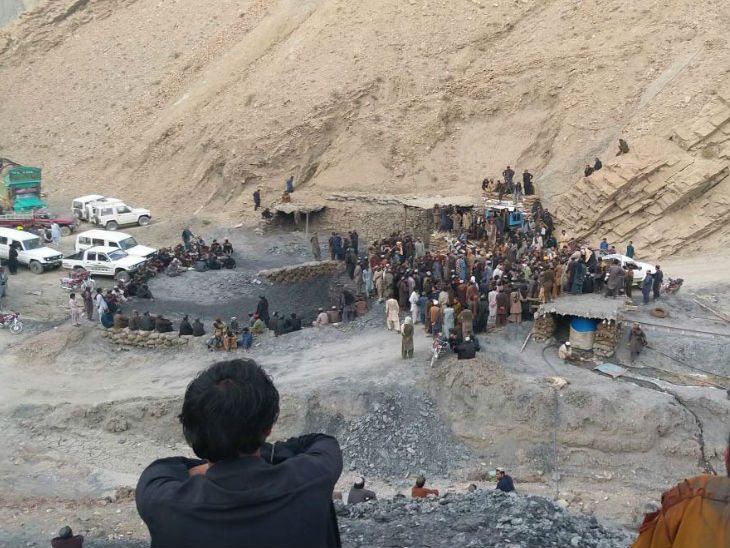 Security forces and police posts have been attacked in this area of ​​Balochistan in the past. Due to this, the police have been kept on alert here.

In Pakistan’s Balochistan, some unidentified armed men killed 11 people working in coal mines on Saturday night. According to police, the attackers first abducted the workers and took them to the nearby hills. He was shot there. Security forces and police posts have been attacked in this area before. Due to this, the police has been kept on high alert here.

Deputy Commissioner Murad Kasz said that four people injured in the attack in Machha area are under treatment. The death toll has risen to 11. Soon after the incident, Security Force, Police and Frontier Corps (FC) surrounded the area.

The condemnable killing of 11 innocent coal miners in Machh Balochistan is yet another cowardly inhumane act of terrorism. Have asked the FC to use all resources to apprehend these killers & bring them to justice. The families of the victims will not be left abandoned by the govt

Pakistan Prime Minister Imran Khan called it a terrorist attack and said that killing 11 innocent laborers in Balochistan is another cowardly act of terrorists. The government is with the families of the victims. He has asked the Frontier Corps to make all efforts to capture the killers and bring justice to the victims.

Panic among those who work in mines

Workers working in coal mines are frightened by this attack. They fear that they may be the next victims of terrorists. Condemning the attack, Balochistan Chief Minister Jam Kamal has sought an inquiry report from the authorities in detail. He said that criminals have targeted innocent laborers due to increasing pressure. No concession will be taken with them.

He said that the people behind such terrorist attacks will be brought to the fore. His only motive was to disturb the peace of Balochistan. State Home Minister Mir Jia said that no effort will be left in the arrest of the accused. He said that continuous unsuccessful efforts are being made to eliminate the peace of the state.